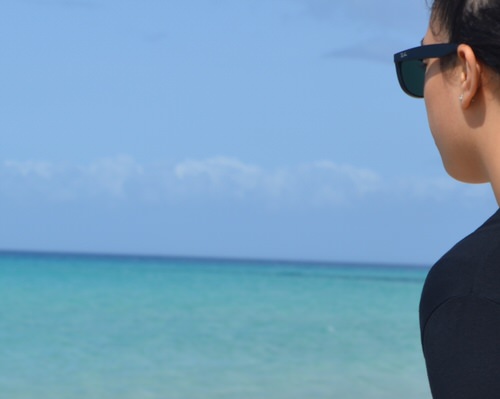 I’ve always known that clutter increases your stress levels and I’m forever trying to declutter my kitchen, my study, my bedroom – even photos and emails on my phone. After reading about minimalism, I was so excited to jump on board and aimed to free my life of useless possessions. However, as noble as my intentions were, I was never going to get far in a household of 6 and running two businesses from home. In theory, it’s a brilliant concept but I soon realised that it wasn’t something you did once and moved on – it was an ongoing chore (like washing dishes) that had to be done daily otherwise things would accumulate again, as they did and still do. And what does this have to do with emotional decluttering?

Fast forward to a couple of weeks ago and suddenly losing my beloved mother brought some agonising emotions to the surface. It was beyond my comprehension and there was an aching, endless gape in my heart. But instead of sitting with the emotions and letting the grief and pain take over, my brain went into emotional lock down. My flight mode instinct kicked in, immediately switching to defensive mode and decided to ditch the “feel the pain” stage and just keep going, as if denying the painful reality, and rejecting it altogether was the best strategy – by my unconscious logic – because accepting it would mean I had to go “through” it and actually witness the pain. My mind was on a mission to skip the grief and jump straight into management/moving forward mode.  The pain was just too raw and way too painful to process, to contemplate the prospect of allowing it the space to pass.

Through psychotherapy sessions, my own readings, and the teachings of my faith, I’ve learned to reflect on my actions to seek the source or trigger for my behaviour, and then slowly let go of the attachment and understand its lack of power and control or more explicitly, reclaim control over my reactions. This led me back to vivid recollections of my childhood where crying was culturally frowned upon – “don’t cry,” I was constantly told as it was a sign of weakness. Showing fear or any form of vulnerability, in fact showing any emotion other than happiness was not to be relished or engaged with or dwelt on, and that included emotional pain.

The result? I essentially had an emotional implosion – doubled down on my feelings and brushed over them like they didn’t exist. I also realised that this was a common trait of mine – I was an emotional hoarder to a certain extent – instead of processing my emotions as they arose, I stored them away, pretending they didn’t exist. It was so much easier than taking the time and energy to process them. It became almost an automatic reflex because I became oblivious to it happening. In a nutshell, I knew that when faced with processing them, it would be too confronting. But they have become a constant in my life – albeit an invisible one in the background, but always there. At least with physical clutter, it’s visible and so you have a constant reminder.

So what next? Acknowledging this habit and being aware of the detrimental impact of emotional clutter, not just on me but also on those around me (most especially my children), is the first step in keeping it at bay. My mission moving forward will be to declutter my emotions like I declutter the physical items that I don’t need in my life. Emotional clutter is definitely more insidious than physical clutter because you tend to forget that it’s there even though you feel it’s weight as it is manifested in many ways. The hardest part will be letting the emotions flow when they surface – no matter where it happens. I’ve attempted to clear some time and space for letting go, but sometimes they’re just not flowing or are hidden behind too much other clutter.  It will be challenging and I recognise that it will not be a quick fix, but rather an ongoing daily ritual to maintain my emotional health. I will begin with some “quiet” time daily to just reflect and see where it takes me. Hopefully as the layers peel back with daily “mental” exercise, the emotional detox can begin, followed by regular decluttering to keep my mind relatively clear.

Are you an emotional hoarder or are you able to emotionally detox regularly?

$9.95 FLAT RATE SHIPPING. FREE SHIPPING FOR ALL ORDERS $100 AND OVER. Paid orders are dispatched within 48 hours of confirmed payment. Any delays in postal services are out of our control. Thank you. Dismiss